Skippers David Gatt and Barry Reid and the crew of the Audacious BF83 fished their first trip in the North Sea in November 2018, when the state-of-the art vessel was pair seining with Faithlie FR220.

Audacious Sailed from Macduff 24 hours after being named in the traditional manner by David Gatts wife Victoria, watched by a large gathering of family and friends.

Built by Macduff Shipyards to a new in-house design for skippers David Gatt and Barry Reid of the Audacious Partnership and Don Fishing, Audacious is rigged for both pair-seining and single boat trawling.

Whitefish are bagged centrally at the stern of the Audacious, which features full-length shelter and side boat decks. A full package of BOPP deck machinery, including a 24t pair-seine winch and two 18t split trawl winches, is housed in a dedicated winch room in the shelterdeck, forward of two split net drums and two bagging drums. EK Marine supplied a knuckle-boom landing crane.

Jackson Trawls of Peterhead supplied an extensive package of fishing gear to Audacious. 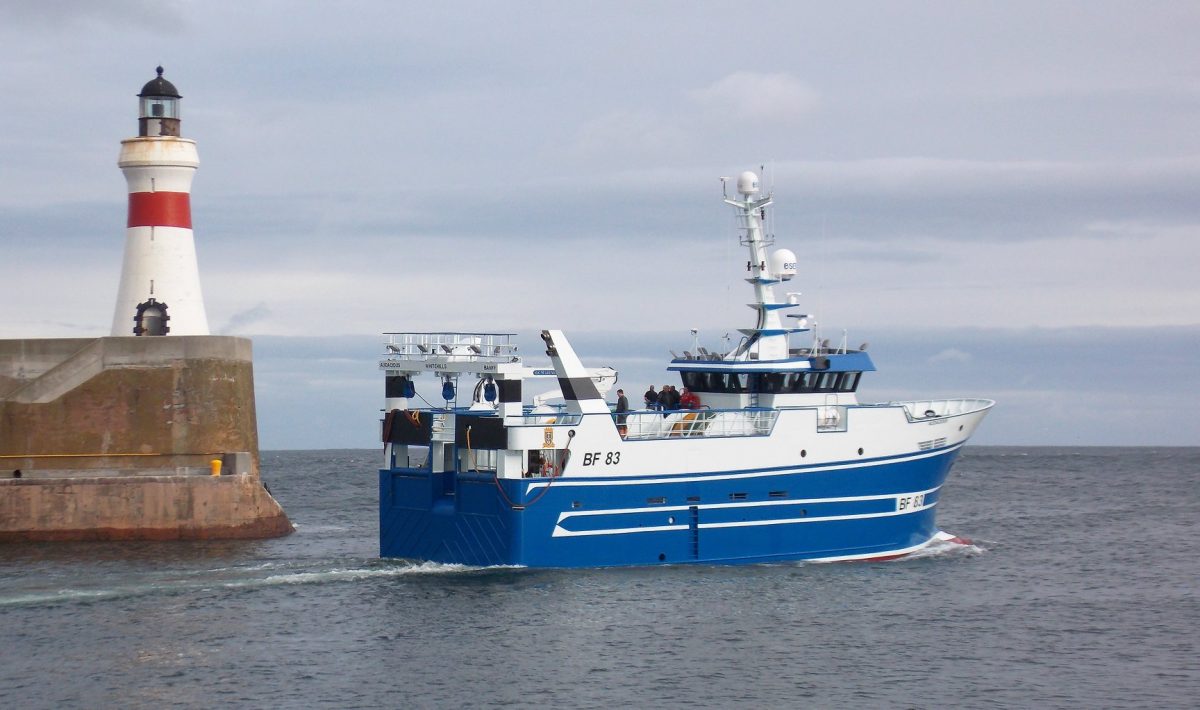 By continuing to use the site, you agree to the use of cookies. You can find out more by following this link.